Home > From Prose > At Length Original: Hair, Queer, and Everywhere 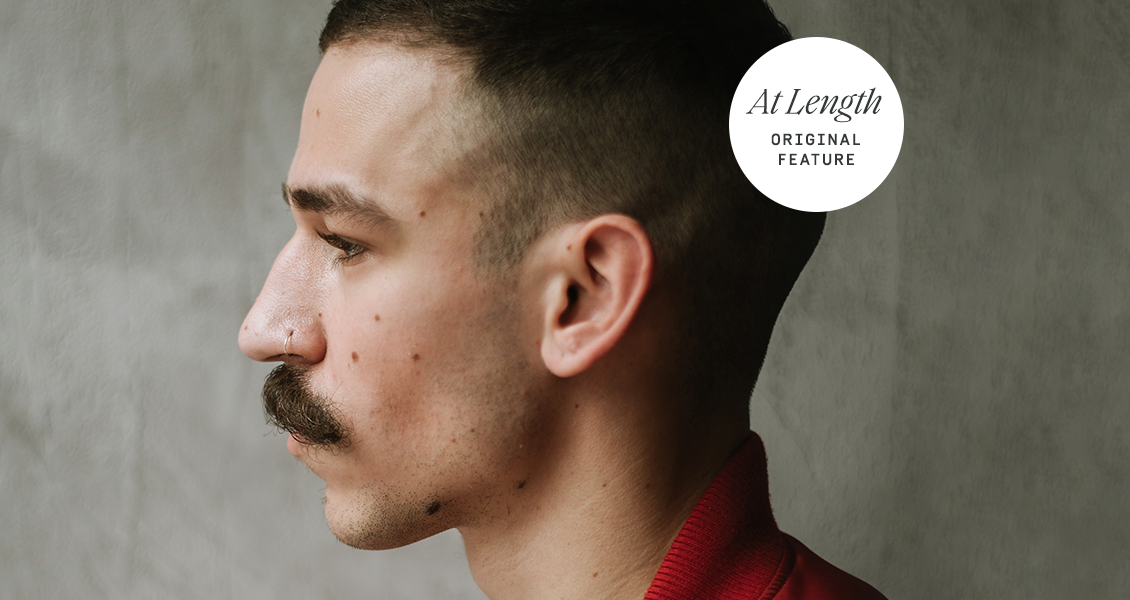 In this piece, Arabelle Sicardi charts the evolution of the mustache’s relationship to queer identity.

One of the first times I remember experiencing lesbian pangs of intimacy were when my elementary school friends had sleepovers where we ripped off each others hair. We held one another’s hands, legs and arms, pinning each other down to endure the temporary pain we considered necessary to be womanly and unquestionably necessary to be loved. I went along with it because the thrill of holding someone else’s body made me flush, and caring for someone else’s body made me feel less neurotic about my own.

It’s been more than a decade since those semi-forced hair removal rituals, and my relationship to queer identity and body hair has gotten more considered and consensual. Summers have been spent shaving friend’s heads and dying hair, curling mustaches into perfect handlebars and taping temporary ones on before a night out on the town. Rather than “fixing” each other’s natural inclinations in an effort to maintain an appropriately desirable front, we ask each other what looks we’re in the mood to serve. Hair went from being the thing we needed to eliminate to feel wanted, to being just another aspect we could use to signal what we wanted to show the world.

Historically, though, the dynamics of what you “needed” to “look” queer were as limiting and even more high stakes as the requirements to be heterosexually desireable. It was, and still is, a matter of acceptance or disaster. In the 50’s, butch/femme style was established and often rigidly enforced. If a woman in a bar was not clearly butch (masculine, without makeup, hairy) or femme (made up, likely hairless), other lesbians would be afraid to approach her. This wasn’t necessarily out of their own personal preferences—it was a realistic fear that she might be a policewoman planted to arrest everyone in the room. Stonewall was a riot started by a trans woman: someone who adhered to certain standards of beauty, but also did not “pass” as a cis woman. She threw a brick during police raids based on laws on cross-dressing, specifically targeted towards queer people. A woman with a mustache and Levi’s was essentially seen as breaking the law.

Those laws have been repealed, but queer folks are still disproportionally targeted by acts of violence, and trans women specifically are being killed nearly every other day for daring to be who they are. Queer identity and facial hair are still instrinsically linked, because it is so deeply ingrained into cultural ideals regarding what gender we are. How we choose to carry ourselves puts us in the crosshairs of people who expect something else from us. The aesthetics of queer identity are often still seen as a binary, and people outside those lines are both fetishized and hunted. A femme with a mustache is seen as unprofessional and suspect, and a queer man with a mustache is often seen as hypersexual.

My friend Slater, a gender fluid makeup artist known for his mullet and porn-star mustache, just recently shaved all his hair off. When he shaved his mustache off to pursue drag, he stopped being cruised as much and was catcalled by men who saw him as a cis woman. When he grew it back, he was fetishized. He decided he’d had enough. “I used to be so attached to my hair identity because it kept me safe, because that’s how people knew me. Hair holds a lot of spiritual energy. I wanted to let go of being boxed into a certain group, and to let go of certain traumas. A lot of that is stored in hair. Not just my hair but the hair on my face, which was a safeguard for how I’ve been desired.”

On the other side of the stasche spectrum is Grace, a non-binary femme growing theirs out. Doing so as a person often seen as a cis woman is a source of transgressive freedom. “Because I’ve always been a fat person, I’ve always been a hairy person, and I also never identified with my assigned gender at birth, I was told that being pretty was something I wasn’t. When I finally began to fully embrace my nonbinary identity in public, facial hair became a source of power for me. I’ve stopped altering it. I feel so much more comfortable with myself.”

Wherever you stand on ‘stache, it has its roots (sorry) in comfort, in desire, in wanting to be seen and held for the person we are. Whether that means shaving it off or even using a little Glossier Boy Brow to enhance it (something Grace does) know that as a queer person you are in a family of people who are considering the same questions as you. You’ve got a whole history of queers behind you, who have gone on every step of your journey. You’ve got an army of love behind you. We rioted for your choice, after all. 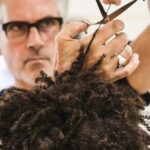 How to Make the Most of Your Curly Hair, for Men 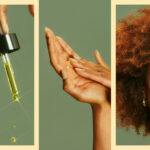 How To Use Hair Oil