Adamjk on His Art and Trying Not to Die

Drake and I are just two, nice, sad Jewish boys from the Toronto area rewriting our personal histories. I don’t think I knew what I wanted to be when I grew up and I still don’t, you know? I went to college at the University of Maryland when I was sixteen and have a Graphic Design degree from there but now that’s just a sheet of paper in a closet somewhere. After college, I actually ended up moving to New York because I didn’t know what to do with myself. I was in Baltimore at the time and would take the $10 Chinatown bus up to NYC to go party and eventually a friend of mine asked me if I wanted to make the move to New York, so I did.

I had no idea how to make a book, but that moment ended up changing my entire life.

Once I moved up here, I was just doing my thing, sharing stuff on Tumblr, creating like twenty zines in my apartment, printing them out and stapling them all myself. Then one day I got an email from a woman who worked at Penguin, which has since merged with Random House. So, literally the world’s largest publishing house emailed and pitched me a concept based on what I was already doing. I took the meeting and was so scared. I had no idea how to make a book, but that moment ended up changing my entire life. My first book, 1 Page at a Time: A Daily Creative Companion, actually came out in Brazil before it was even released in the US and was on the Bestseller List there within the first week. That early success snowballed and that book, six years later, continues to sell hundreds of copies a week, which is still shocking to me. I was only twenty-three at the time it was released, living that broke New Yorker fantasy of being between jobs, racking up credit card debt and literally not knowing what I was doing. All those nights doodling at the Skylight Diner on 9th and 36th with my tuna melt paid off.

Just because you’re blessed to be doing the thing that you love doesn’t make it easy.

My most recent book, Things Are What You Make of Them: Life Advice for Creatives came out just under three years ago and, just like my first one, was also somewhat of an accident. It started off as me tackling different topics month to month on my social media, like comparing yourself to different creators online, dealing with failure, working with family—just really relatable topics. It was never me teaching you how to do your thing, it was me understanding that you definitely know what you’re doing and then just commiserating with you on the emotional realities of it. It’s about the shit we all feel that maybe we don’t always talk about or even feel guilty complaining about. Just because you’re blessed to be doing the thing that you love doesn’t make it easy. 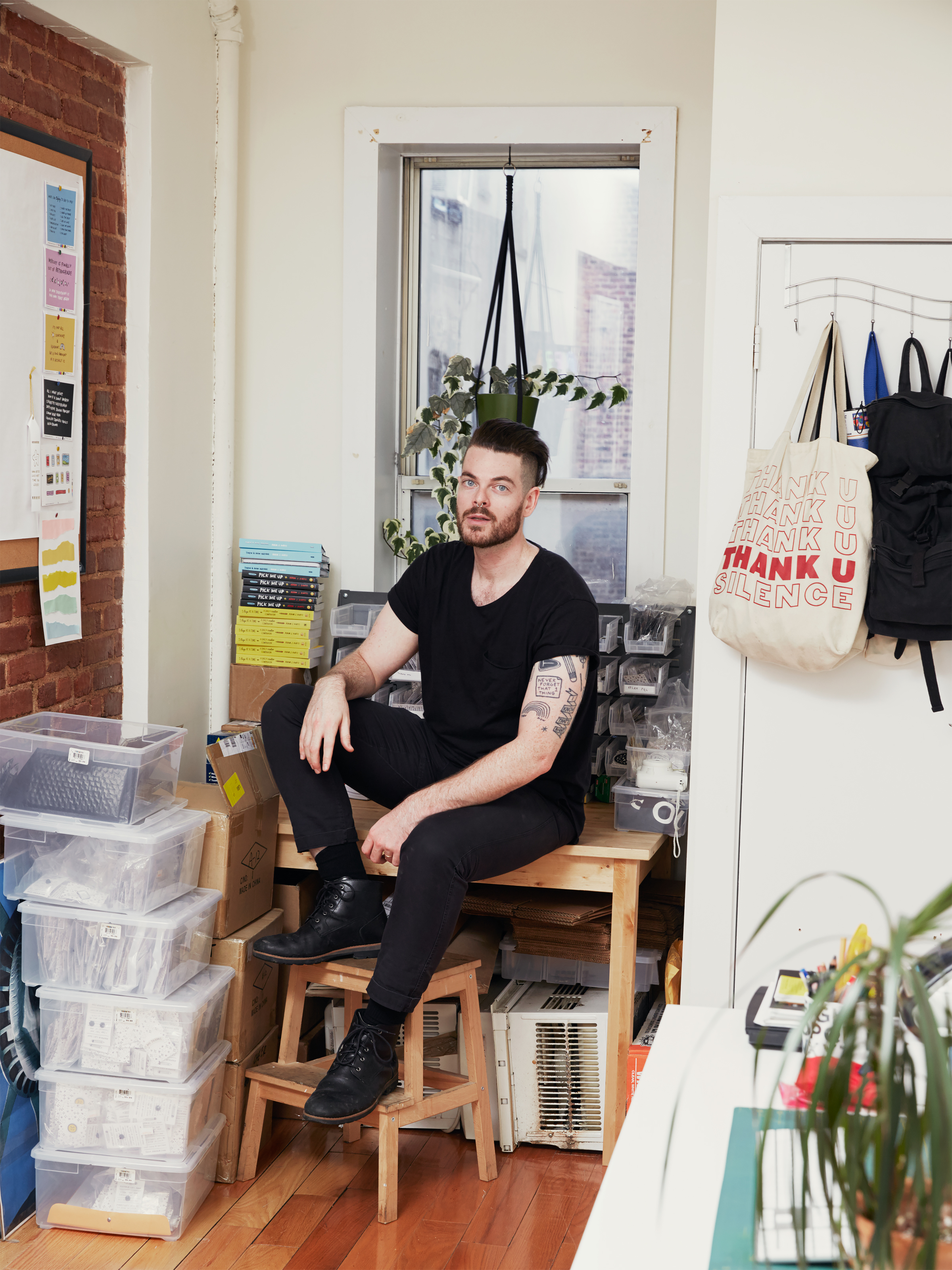 Speaking about mental health wasn’t something that I necessarily chose to do, like I never set out to be the mental health guy. I talk about it because I’m affected by it. All of my books, social media posts, and even my gifts and stationery are all about communication tools. Through all of my mediums, not to use this phrase but, I’m speaking my truth. I just talk about the shit that’s on my mind and very often that’s mental health.

I try to get real in a way that’s approachable and accessible for as many people as possible.

I love that the conversation surrounding mental health has been more normalized, however, I do think that there’s room for that conversation to get more specific and go beyond anxiety and depression. I’m waiting for us to start talking about bipolar and psychosis. Like, why can I buy a trendy anxiety necklace, but not a psychosis one? If we’re going to normalize this shit, let’s normalize it all. However, I do understand that it’s baby steps. Personally, I don’t use any of those labels and also don’t use clinical labels anywhere in my work because I think the worst thing we could do by trying to start that conversation is to trigger someone so badly that they opt out. That said, I know opting out is an important mechanism for self care. For example, opting out of a particular news cycle or out of something scary for self preservation. I try to get real in a way that’s approachable and accessible for as many people as possible.

I’m thirty years old, but I’m very much of a dumb boy in a lot of ways and being gay does not mean that I know what to do with my hair.

Personally, I’ve actually been trying to grow up. This has been my Kylie Jenner the “year of realizing things.” Part of my growth has been taking a look at my current coping mechanisms and going beyond them. Am I doing everything for myself that I can be doing? Are there things that I’m not doing? That includes skincare and haircare. I’ve been using Prose for about three months now and I can definitely tell a difference and I feel like I’m doing something good for myself. 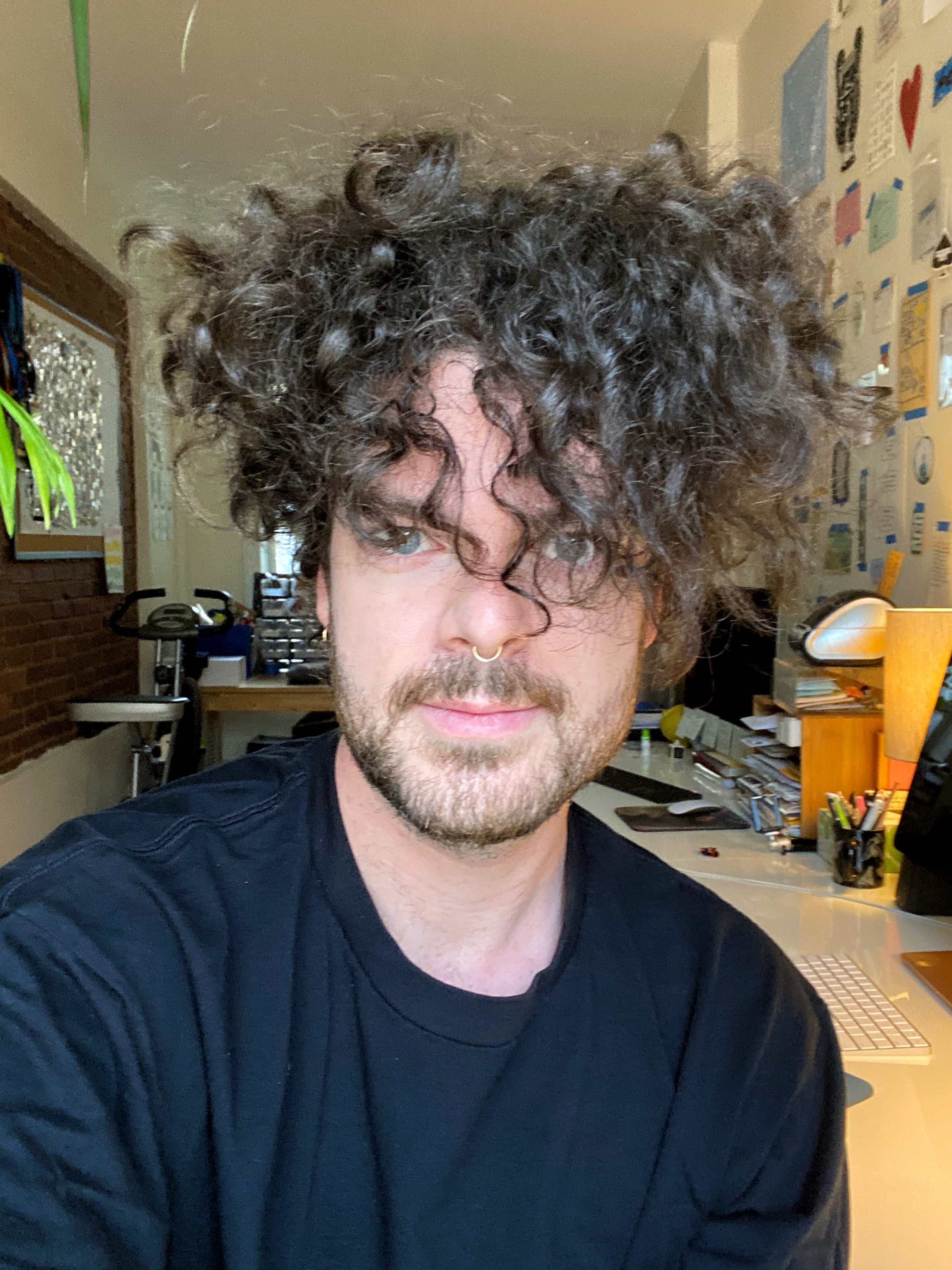 I’m thirty years old, but I’m very much of a dumb boy in a lot of ways and being gay does not mean that I know what to do with my hair. There’s this moment where I question, how do I level up? How do I grow up in every capacity? How do I make work more intentional? How do I communicate with more intention to be most effective and help others? How do I take care of myself? Everything. I just want to raise the bar a little bit in every capacity.

It’s up to us to decide what this can be for us and if that’s just surviving and getting by that’s totally valid.

If I could make a recommendation for self care, it’s don’t die and then everything after that is whatever you want. If you’re not dying I think that’s self care. My husband is very into all of the rituals, like we have smudge sticks, we’re saging and I do enjoy learning about the whole self care realm. I wish I could say that I wake up every morning and drink lemon water, but my (joke) baseline has always been just stay alive, you’ll figure it out as you go, and everything’s fine. That’s how I take care of myself and keep myself sane.

One thing that I do love about my little social media community is that I treat everyone like they’re my friend. Even if you’re a stranger in my comment section, I’ll joke around with you. I’ve had a lot of people send me the tweets like “why did I buy a 2020 planner when this year has been a dumpster fire?” But those are leveled out with people who reach out to me and are actually happy that they bought my 2020 planner and plan on purchasing my 2021 one, too. I’ve been using my planner not to bookmark social events, but as a record of this time, because at some point it will end and we’ll wake up one day in the future and it’ll be a lost year. It’s up to us to decide what this can be for us and if that’s just surviving and getting by that’s totally valid. And if all you do is survive and maybe help someone else survive, you’re a literal human angel. So, for me, documenting this time and the emotional journey that it’s been is part of my growth and how I’m leveling up my shit. 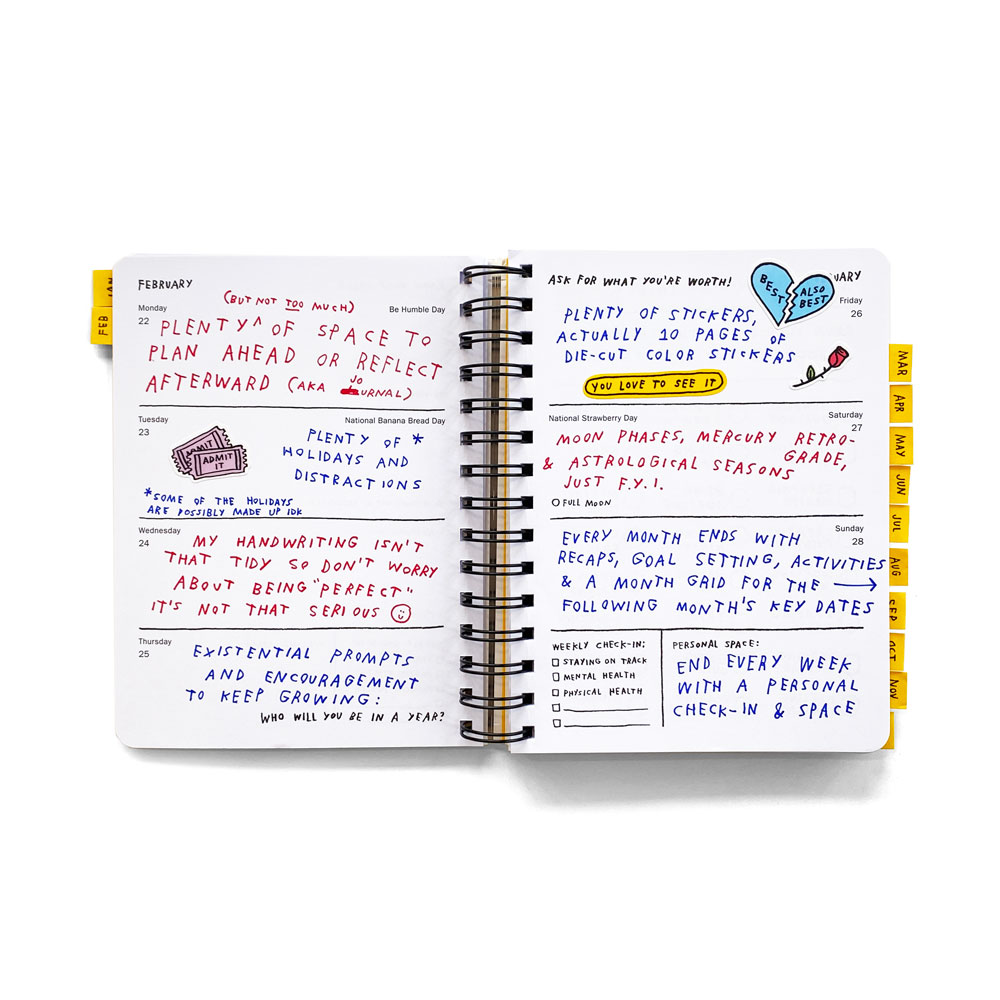 I’ve been focusing on looking inward and taking stock of my priorities. The core thing about my work is that it’s always been me making the tools that I need to survive because I’ve always been afraid that I’m going to die at any second. I’ve always been on that edge of I’m just trying to be here, I’m just trying to be okay. I make the tools that I need and then share them outwardly. Sometimes I’ll be so fucking depressed and then someone tags me in a repost of my own words from five years ago and they speak to exactly what I’m going through in that moment. That’s the universe, that’s karma. It’s so literal, but I put that out there and three years later it helped someone else and then two years later they sent it back to me. Designers love to say that phrase, “Design can change the world.” I don’t think my art can change the entire world. I don’t think I’m that special or important, but I do think that my art can change my own world. And I think that for all artists, all creative people, it’s your work and art that can help transform your own life. You can make the tools that you need to survive. And that has never felt more important than in this exact moment. 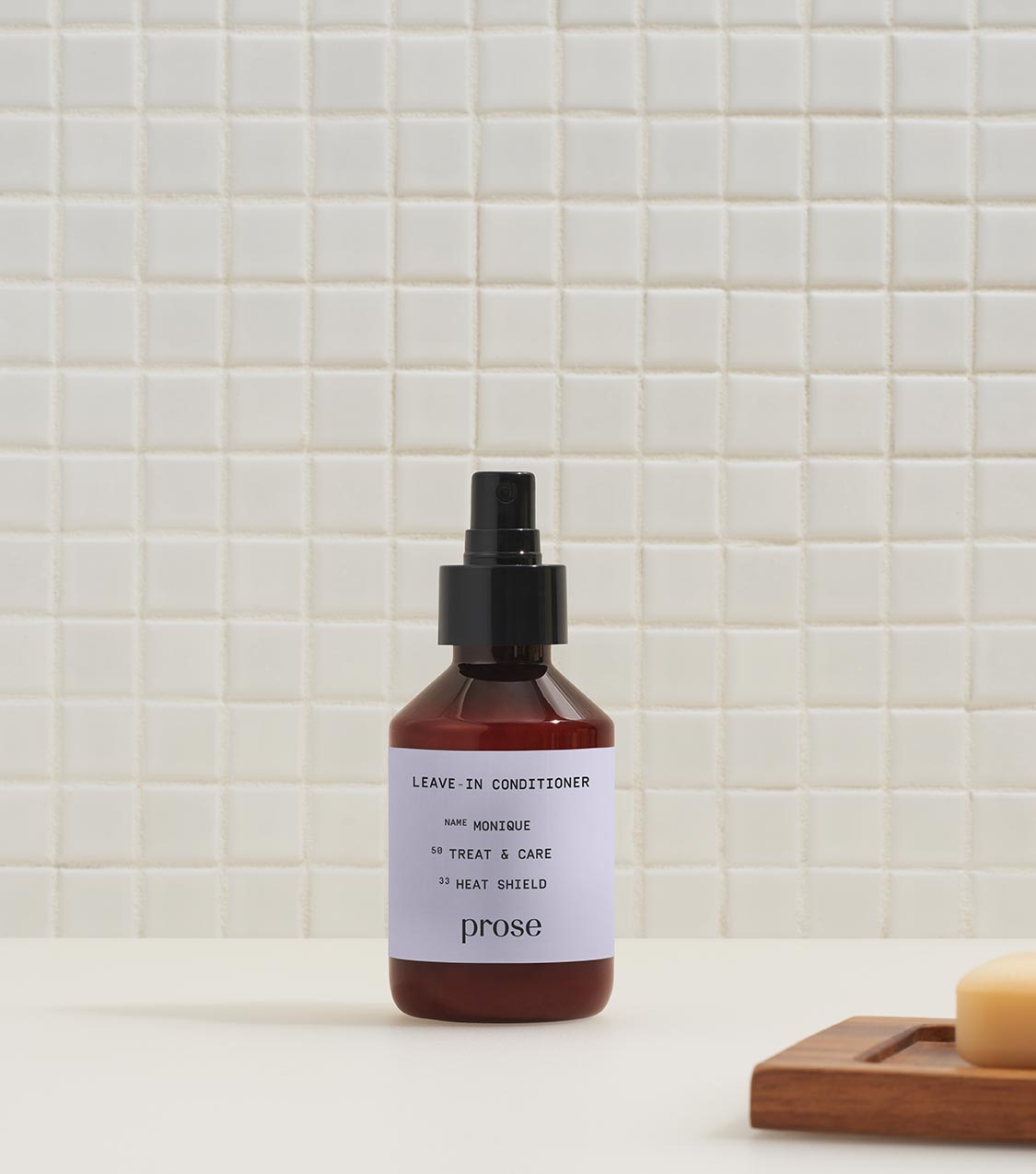