Down to the Root: Lex’s Incognito Identity 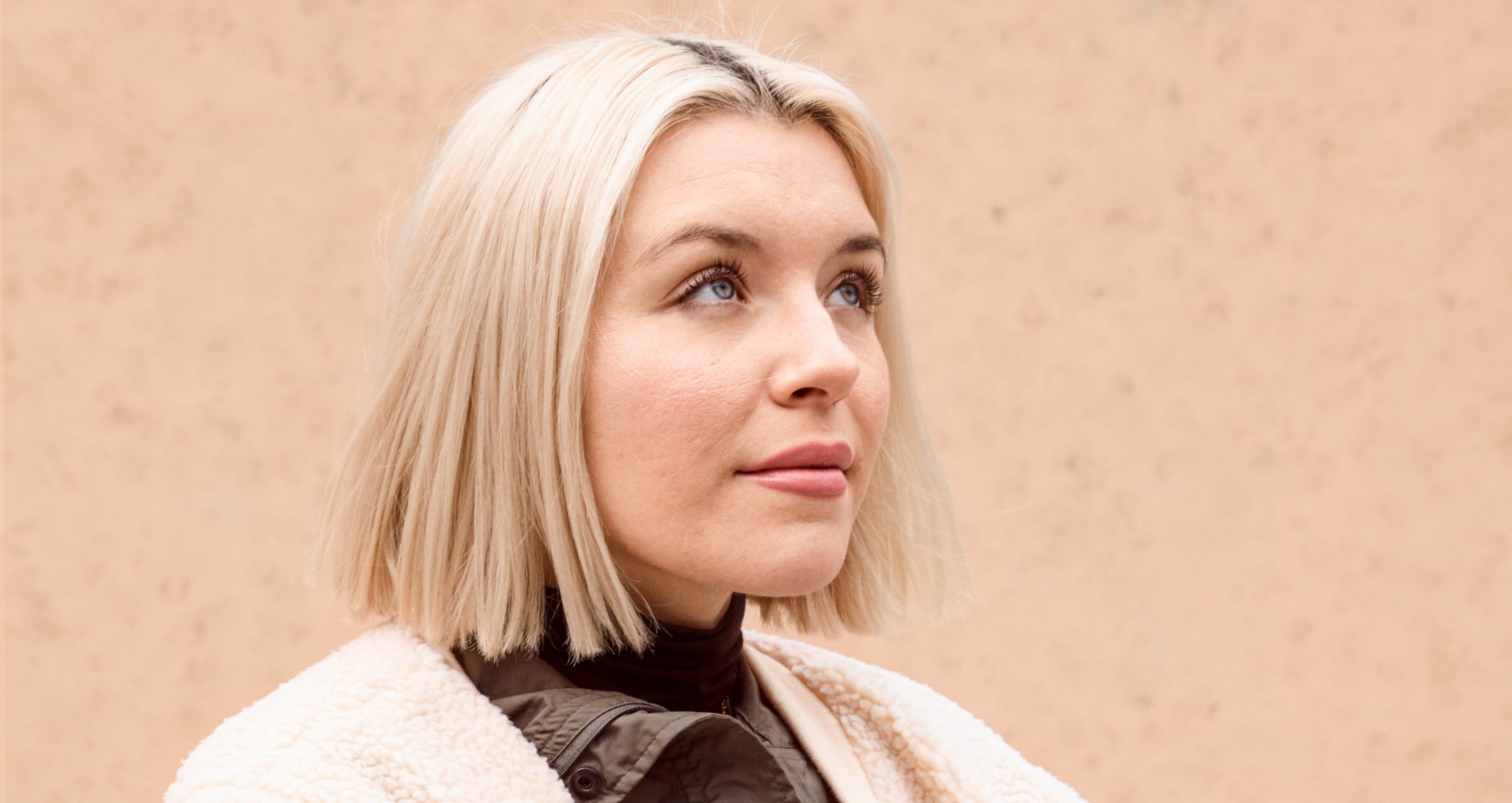 Prose
Home Trending From Prose Down to the Root: Lex’s Incognito Identity

“When I first cut my hair and dyed it platinum, my Colombian family was like, ‘Why did you cut your hair?! It was so beautiful!’ You know, when they see me, they still go, ‘oh still with the short hair?’ and I’m like ‘yeah, here I am.’

Half Colombian, half Greek, and full American, Lex goes against the grain by sporting a chic blonde bob. In many ways, her hair is an act of rebellion. Not against her culture, which she cherishes, but against norms, expectations, and even the political climate. Her new hairstyle has become an instant signature. But one question lingers ever so faintly in her mind. She shares her story with us below, as told to Prose.

I had long, brown hair growing up. I’m half Colombian, and hair is a really big part of the culture. I think Colombian women take a lot of care of themselves in general, but hair is especially important. Long hair is a sign of beauty, and good hair maintenance is a sign of class and status.
A few years ago, I cut my hair short and realized it really suited my face frame, so I started going shorter and shorter. I work in fashion, and short hair felt a bit more in line with my industry. I liked that. Then I took the plunge into platinum blonde, which added a whole new layer to it. It was a drastic change, and one that I craved. I had just gotten over a really bad relationship, and my hair made me feel brand new. It became my signature. People tell me it’s my forever hair.

Life as a blonde has made me a bit incognito — I’m half Colombian, half Greek, but no one can really place what I am when they first see me. I get Polish and Russian a lot. Then I say I’m Colombian Greek, and I love the shocked reaction I get. When people get to know me and discover that I dance – I’m very into tango right now, but I love all forms of dance – and they learn other things about my personality, I think all the pieces fall into place. We make assumptions about people based on appearance, and a big part of that is hair. I love the element of surprise and unexpectedness, but I also absolutely love my culture. It’s my favorite thing about myself, so it’s a little bit conflicting.

My mom is full Colombian, so we’re not 100% the same ethnicity. We look similar in a lot of ways. We have the exact same face shape, but our coloring is different. She has brown eyes, I have blue eyes. She’s olive-skinned, I’m fair- skinned. She has defined curls, my hair is wavy. Growing up, we were like a duo. My little brother was born much later, so it was just the two of us for ten
years. We did everything together. She would dress me up and do my hair. My parents thought I looked like a little doll. 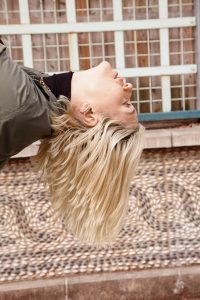 As I got older, I developed a very strong sense of what I wanted for my hair and overall look. I’ve always had a really heightened sense of personal style. I experimented a lot with different hairstyles — I would curl it, straighten it, put sun-in in it, whatever I wanted to try, whereas now, I don’t even own a curling iron or flatiron. Pop culture was a big influence for me. When I was in eighth grade, Britney Spears had just done that infamous performance at the Video Music Awards, where she sang “Oops!…. I Did It Again” with her hair in wild curls and a few tiny braids. I was thirteen years old, and I thought, yep, that’s what I want for my eighth grade graduation look. I showed the hairdresser a photo from that performance and ended up leaving the salon with a frizzy mess, in hysterical tears. I was bawling. I ended up getting it blown out, so it was okay in the end. But it was kind of traumatic!

I felt very attached to my hair when I was younger. I would never have wanted to cut my hair off. That would have been way too scary. My hair was also a strong direct link to my Colombian culture. Long, brown hair is very Colombian. Everyone in my family has more or less that same hairstyle — long and brown.

Chapter 3: Looking Back to Brown

Sometimes, I think about going back to my natural brown. But I get so much external validation of my hair that it’s hard to think about changing that. You know how they say, “if it ain’t broke, don’t fix it.” I feel that way about my hair. It’s my signature now and I love it. And other people seem to really love it, too. I’ve actually done Instagram polls where I ask if I should go back to brown, and the overwhelming majority say to stay blonde, because it’s “me” now. I agree with that, but there’s still a small part of me that feels weird about the fact that this wasn’t what I was born with.

When I first cut my hair and dyed it platinum, my Colombian family was like, ‘Why did you cut your hair?! It was so beautiful!’ They supported me and respected my choice, but they were more confused about why a person would want to cut their hair short by choice in the first place. But that’s their culture — everyone has long hair, so that’s their standard of beauty. You know, when my family sees me, they still go, “oh, still with the short hair?” and I’m like, “yes, here I am.”

Chapter 4: Standing Out in the Best Way

I’ve always been an individualist with my style, and I love that my hair makes me feel that I stand out in the best of ways. I have this androgynous style that I didn’t tap into until I cut my hair. When I had long hair, I hated going to the hairdresser. Even for a trim. And now, with short hair, I’m like, let’s go even shorter! I never thought I’d have hair this short, and I love how I keep cutting it. It’s almost a form of rebellion. I think of the women of the 1920s who cut off all their hair. It was a movement. I feel like I’m a part of that now, because there’s so much political chaos, and I’m protesting it. My short hair sends a message that says don’t mess with me. Or bring it — whatever.

In terms of my hair, I believe that experimenting is a part of individuality and who you are. It’s about feeling good, and finding what works for you. And you know what? Right now, my hair, this look – it works for me.

More about our Down to the Root series:

Hair is a large part of our identity. No matter if you wear your hair long, short, straight, curly, loc’ed, natural, or have none at all.

Our relationship with our hair has ups and downs, triumphs and struggles, all of which are reflected in who we are today.

Hair is often a direct link to our heritage, passed down from generation to generation and worn as a crown on our head. Or, is it a cross to bear?

In the first edition of our Down to the Root series, we share intimate stories of acceptance, personal history, and coming of age from real people. While each is truly unique, the common thread is the emotional impact that culture, both here and abroad, has had on their hair story.

About the Author Prose

Get Creative With Three of Our Favorite Summer Hair Accessories

“It’s super important to me to balance awareness with joy.”

We need to talk.