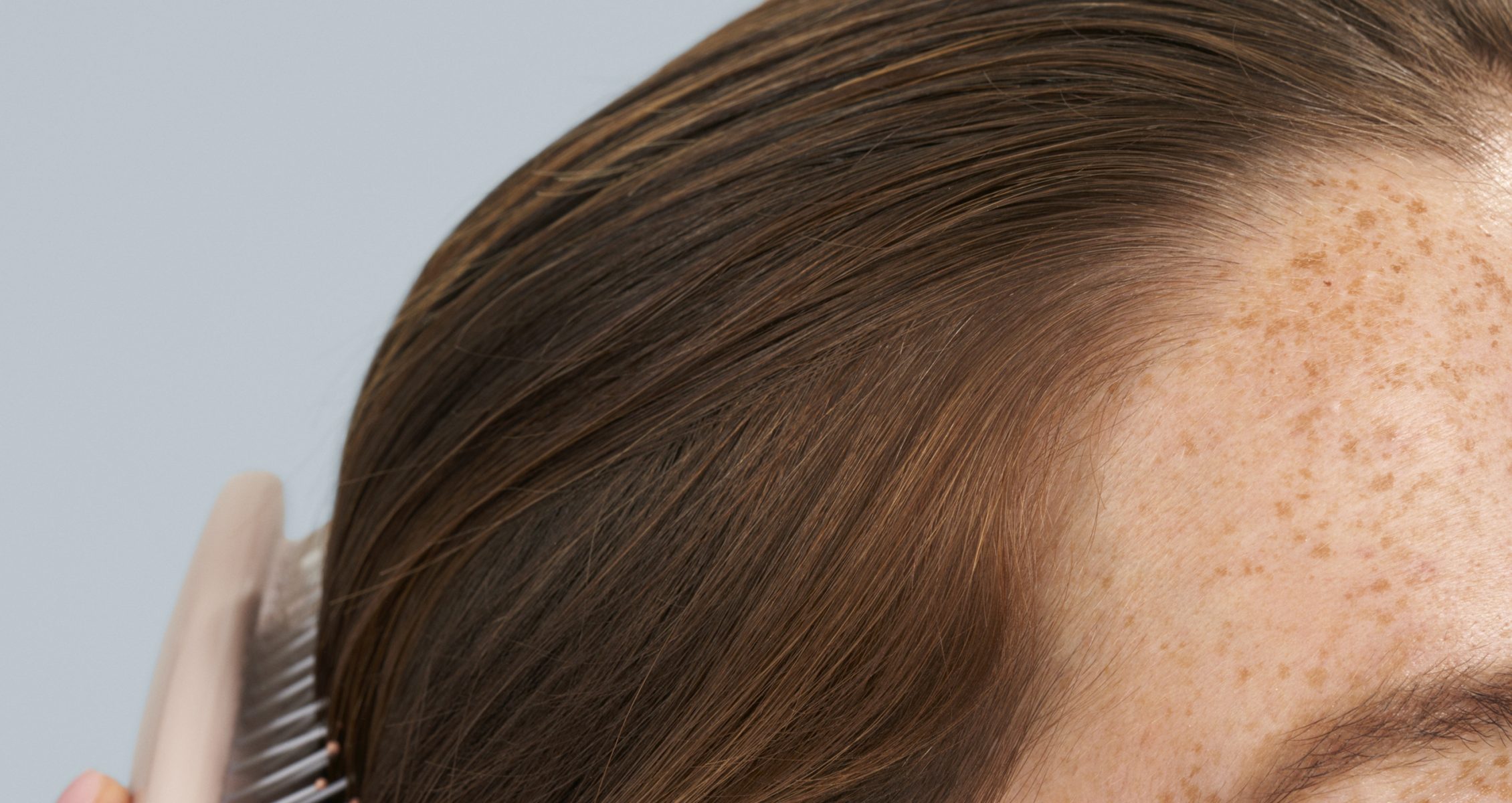 Emma Glassman-Hughes
Home Trending From Prose A Falling Out: It’s Time to End the Stigma Around Hair Loss in Women

Whether it’s George Costanza, Homer Simpson, or these BBC sports broadcasters, the condition of male pattern baldness (MPB) is often a defining characteristic of many popular television characters—even if it’s quite often the butt of a joke. And it’s not surprising. According to the American Hair Loss Association, androgenetic alopecia, as MPB is technically known, is incredibly common, affecting two-thirds of men aged 35 and up. But far fewer people are familiar—perhaps even comfortable—with the flipside reality: That, according to NYU Langone, 30 million women in the U.S. also experience androgenetic alopecia and are commonly afflicted by other forms of hair loss, both temporary and permanent. And, in spite of the high numbers of women affected, many suffer in silence because of the inordinate and often oppressive cultural focus on women’s appearances. By holding women to the unsustainably narrow standards of thin, white, “unblemished,” and hairless everywhere—except for, of course, a thick, flowing mane on top, we create a different kind of shame altogether associated with female pattern hair loss than with male.

Take Massachusetts Representative Ayanna Pressley who—in spite of being known for the Senegalese twists that proudly crowned her head during her 2018 campaign—publicly addressed the personal and political impact of her early stage alopecia in a video for The Root earlier this year. Pressley describes the day she lost her last bit of hair, coincidentally the day before she voted to impeach the President. She says it felt like the “loss of a limb.” “It was a moment of transformation not of my choosing… I felt naked, exposed, vulnerable. I felt embarrassed, I felt ashamed, I felt betrayed,” she says in the video, “and then I also felt that I was participating in a cultural betrayal.” As a mentor and role model for her young black supporters, some of whom lovingly refer to themselves as members of “#TwistNation,” Pressley’s hair loss was especially painful. Still, she says, “I am making peace with having alopecia. I have not arrived there… But I’m making progress everyday.”

Not all female pattern hair loss is as dramatic or public as Pressley’s, but it almost always takes a toll on the person undergoing changes that are out of their control. To further break down the stigma, we’ve compiled a list of the essential information you need to know about female hair loss.

Not your daddy’s androgenetic alopecia

Hair loss in women is not the same as MPB, and can impact different areas of the head. Instead of a receding hairline, for example, many women with hair loss conditions experience thinning around the entire scalp. According to NYU Langone, women and children are impacted by 15 different types of hair loss: androgenetic alopecia or female pattern baldness; telogen effluvium, a condition that is generally temporary caused by stress; anagen effluvium, or rapid hair loss caused by medical treatments like chemotherapy; alopecia areata, an autoimmune disease that attacks hair follicles and causes what is often permanent hair loss on the entire body; tinea capitis, a fungal infection also known as scalp ringworm that primarily affects children; cicatricial alopecia, a rare inflammatory disruption that causes scar tissue to block hair follicles from regrowth; hair shaft abnormalities caused by psychiatric disorders like trichotillomania that compel a person to rip their own hair out; and hypotrichosis, a rare genetic condition that begins in infancy and often causes total baldness by age 25.

Female pattern baldness increases a woman’s risk of polycystic ovary syndrome (PCOS), which often leads to increased hair growth in other areas of the body (hirsutism), as well as acne, irregular menstruation, weight gain, difficulties getting pregnant or complications with pregnancies, and, in some cases, infertility. Hair loss in women is also sometimes associated with extreme cases of hyperthyroidism.

Hair loss in women can be triggered by several unsuspecting factors, including immense stress. A major trauma or medical event, like a transplant or childbirth, can cause telogen effluvium, a condition which pushes several hair follicles into a resting phase all at once. Telogen effluvium is different from androgenetic alopecia because it is temporary and hair growth will resume when the body’s stress levels return to normal. Signs to look for: hair loss at the top of the scalp, clumps of hair falling out in the shower or when you brush or comb it, even clumps of hair on your pillow when you wake up in the morning.

A study done at Boston University’s Slone Epidemiology Center surveyed 5,600 black women about their experiences with hair loss. They found that roughly 48 percent of these women said they had “suffered hair loss on the crown or top of the scalp.” While there may be certain genetic factors, most medical professionals attribute this to specific styling practices like tight braids, weaves, and chemical relaxers, which can cause central centrifugal cicatricial alopecia (CCCA) and traction alopecia. According to the researchers behind this study, CCCA “causes inflammation and destruction of hair follicles that results in scarring and permanent hair loss” and often goes undiagnosed in black women. But this particular condition, while responsive to treatment, can usually also be managed by putting less pressure on the hair follicles—limiting tight hairstyles and chemical relaxers to a minimum.

Hair loss in both men and women has been associated with mental health issues like depression and anxiety. The link here, physicians believe, is cultural and social. Everyday Health rightfully observes that “almost every society in the world associates luxurious hair with youth, beauty, and good health,” so it’s no wonder why hair loss can have devastating effects. And while we at Prose certainly love hair, we know it doesn’t define us and our worth as human beings. And besides, short hair is all the buzz right now.

When it comes to female hair loss, just like in so many other situations, visibility matters. So, the more we continue to speak on it, the more normalized hair loss in women will become and the shame that is associated with it will hopefully fade away. Bald and balding is beautiful—society just needs to catch up.

“It’s super important to me to balance awareness with joy.”

We need to talk.

Leave-In Conditioner Hacks for the Summer