Prettylittlefawn’s Courtney Halverson on Her Conscious Content and Slowing Down

I was born and raised in California and have always lived here—originally Orange County and now Los Angeles. Although, there have been a few exceptions when I’ve lived out of state for film projects that I’ve been a part of. For example, I lived in Alaska for a little over a month right after I turned nineteen and also Georgia and Louisiana for about the same amount of time. Growing up, there was never a question in my mind of what I wanted to do when I was older. I would be watching Barney and Friends on TV, point to the screen and repeatedly tell my parents “I want to do that!” Eventually, I was able to put the actual thought and sentence together, “I want to be an actor.”

I’ve been acting for over half of my life, but that’s not always consistent. Blogging has been a way for me to consistently have a creative outlet. 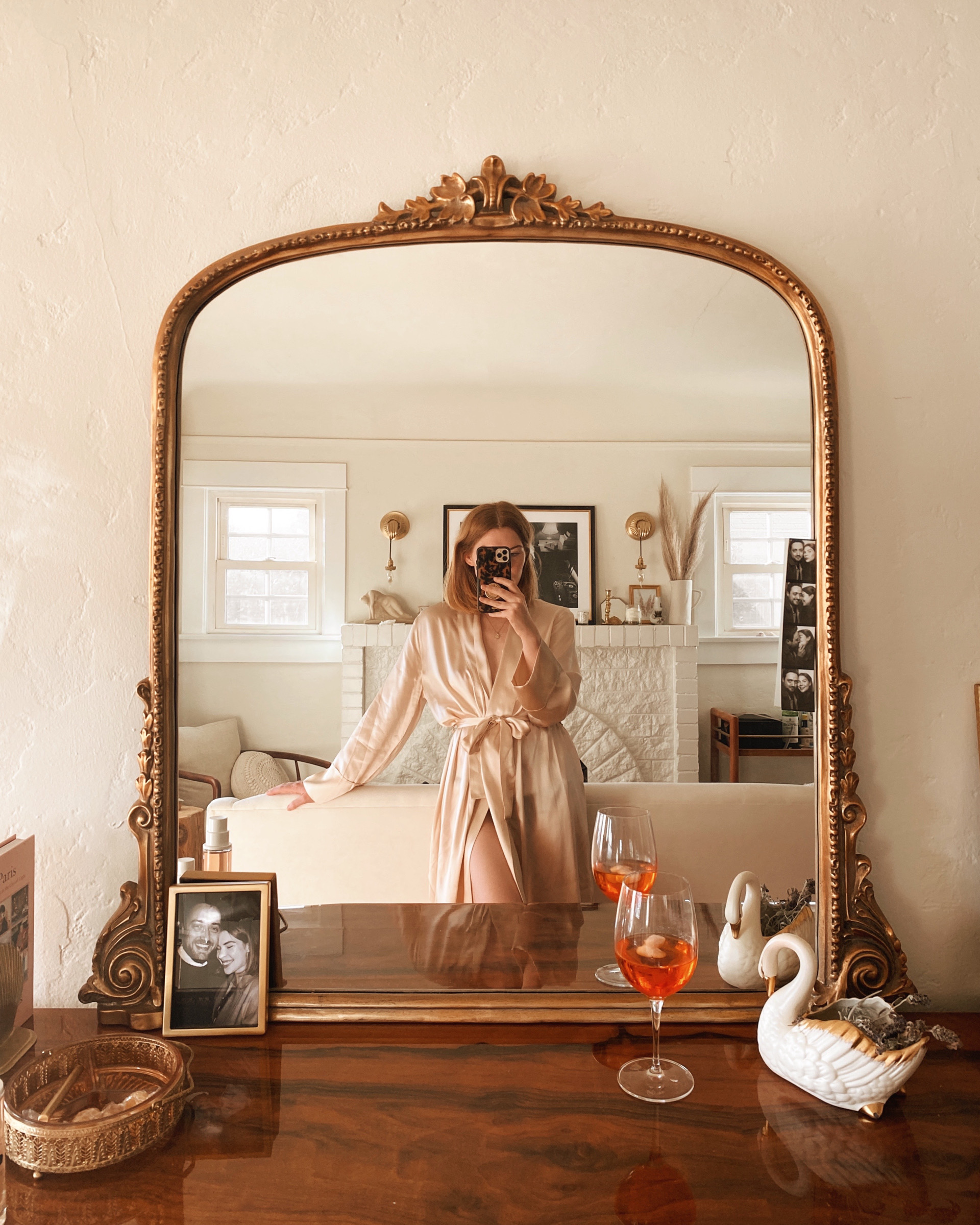 My parents were never stage parents in that they didn’t push me to act. Once I was old enough to make my own decisions, I started off in theatre. Then by the time I was thirteen, I convinced them that I should be allowed to go on auditions for film and television. So, they started driving me to auditions and I booked a few smaller projects and then eventually some bigger ones. I’m still acting, but everything in my industry is pretty much shut down at the moment, so I’m grateful that I took up blogging about nine years ago. I’ve been acting for over half of my life, but that’s not always consistent. Blogging has been a way for me to consistently have a creative outlet.

The type of content that I like to share with my audience comes and goes in waves. Typically I enjoy sharing fashion content, but for me, what I wear is super dependent on where I’m going. I’ll dress for a certain location, trip, or environment. So, being home all this time, getting dressed hasn’t been a huge priority for me—especially if I’m not leaving my house! I tried to do it, but it just felt so strange, like why am I not just in comfortable clothing? Within the last couple months, my content has shifted to feature more lifestyle content. I’ve loved sharing the home projects we have going on, what I’m cooking, and just generally how I’m getting by.

As someone who doesn’t come from a lot of money and who has had certain struggles, I think it’s really important to have an honest conversation with my followers.

I definitely have a lot of peers who are experts on beauty and fashion and for the most part post about that. They create such beautiful work, with a new outfit post almost daily, but that was never the route I wanted to take. Partially because I don’t always enjoy being the subject of photos. I love photography and being behind the camera, so it’s been nice to be able to take my own photos of spaces, food, different settings, those kinds of things. However, when I am in front of the camera, my husband is the one taking the shots. He’s completely self taught and also takes all of our video content. We decided to work together full time a couple years ago and even though everyone warned us against it, saying it could put a strain on our relationship, it’s really worked out. I think we were already so obsessed with spending time with each other that it wasn’t too difficult of a transition.

When I share my content, there’s a few different points that I like to hit on. I of course do some sponsored content, which is really a dream come true. I’m able to start great conversations with my followers about the brands that I work with, which is amazing. With all of my content, I want it to come from a genuine place. I never want to be the person who’s constantly holding up a new skin cream next to my face saying “Hey, buy this this week.” As someone who doesn’t come from a lot of money and who has had certain struggles, I think it’s really important to have an honest conversation with my followers. I don’t ever want to present to someone that if they buy a certain item that it’ll change their life or solve every problem. All the products and partnerships that I showcase are tried and true and I really stand by them. I want what I share to come from a real place of understanding myself and how that translates, because if you don’t know yourself, there’s no way you can communicate that to your audience.

We’re so go go go as a society, that even taking time can feel like a luxury. 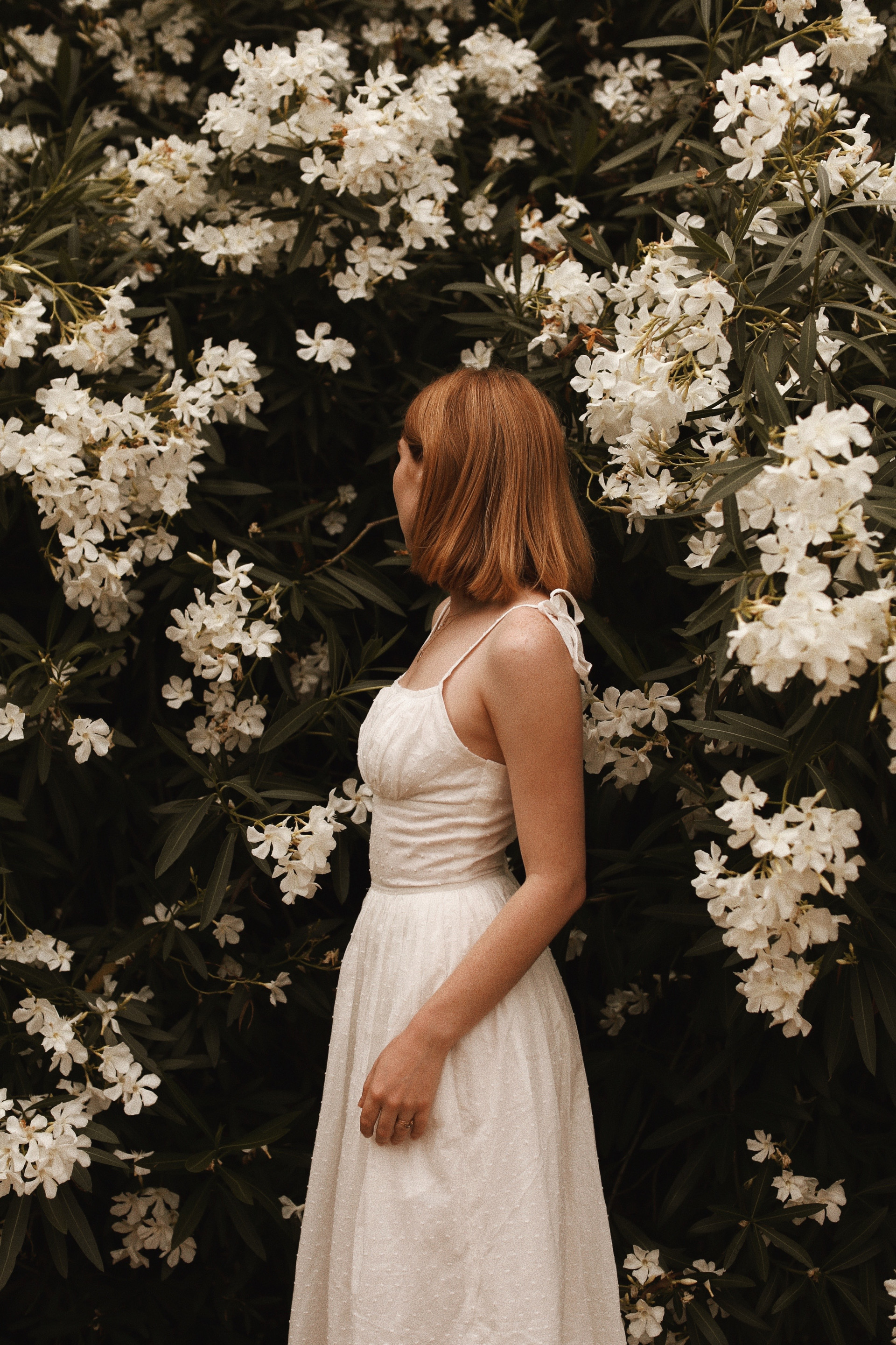 Something else I’m a big proponent of is slowing down. I’m a big fan of baths and don’t really love showering! So, when I bathe I want it to be fun and experiential. I go all out, lighting a candle and breaking out the bath salts. I even like to put a few drops of the Prose custom hair oil into the bath–it’s so soothing and I love the almond oil scent. If you can, I think taking time for yourself and your routine, whatever that is for you, is important. Maybe that means spending a couple extra minutes in the morning while you put on your face oil and really massaging it into your skin, making that a sensory moment for yourself. In the evening, I’ll light a candle before I wind down and that signals to me that it’s time for bed. I think just being intentional and making time for myself has made the biggest difference for me when it comes to how I feel. We’re so go go go as a society, that even taking time can feel like a luxury. So, it’s not even about adding another step to your routine. Maybe just do the same things you’re doing, but slow them down.

Which reminds me, I mentioned that I liked using the custom oil in my baths, but another sneaky way I like to use it is on the cuticles of my hands and feet—I find it’s a great universal oil as well as hair oil!

For my hair, I love using Prose’s custom hair oil. I use it when my hair is a bit damp from the shower and rub it on my ends. I don’t know if it’s just a part of getting older, but my hair will get so frizzy if I don’t take proper care of it. So, thankfully, Prose’s product line calms down that frizz for me, especially the oil, like I mentioned. If I’m dealing with a little frizz before a shoot or something, I’ll rub a bit of it into the palms of my hands, really warm it up, and then swipe it through my hair. A bonus is that all those amazing oils that I’m using on my hair are going right back into my hands—it’s a win-win. Which reminds me, I mentioned that I liked using the custom oil in my baths, but another sneaky way I like to use it is on the cuticles of my hands and feet—I find it’s a great universal oil as well as hair oil! So, I’ll put a few drops on my cuticles and then throw on gloves and socks and go to bed looking like a crazy person. How’s that for slowing down? 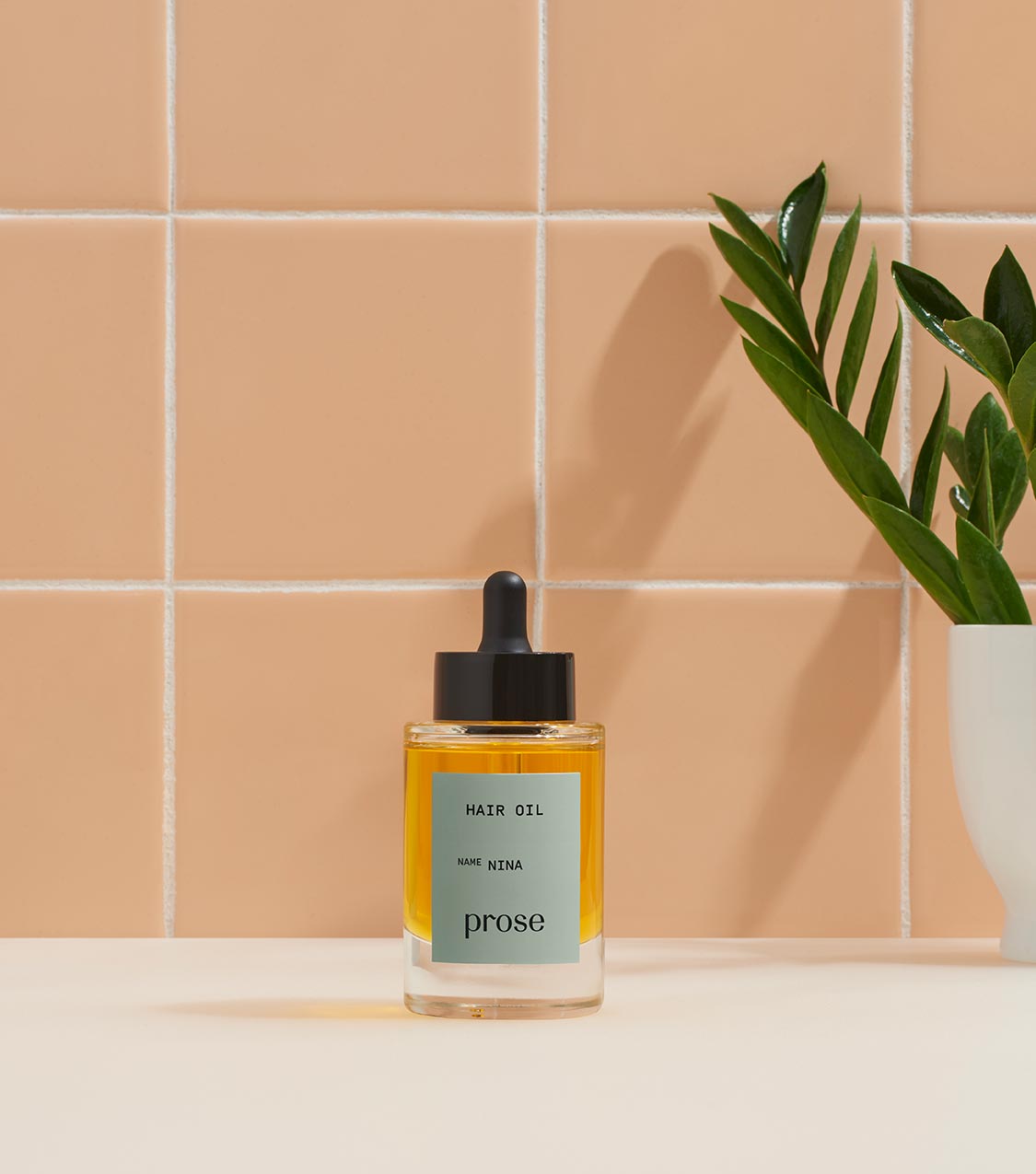