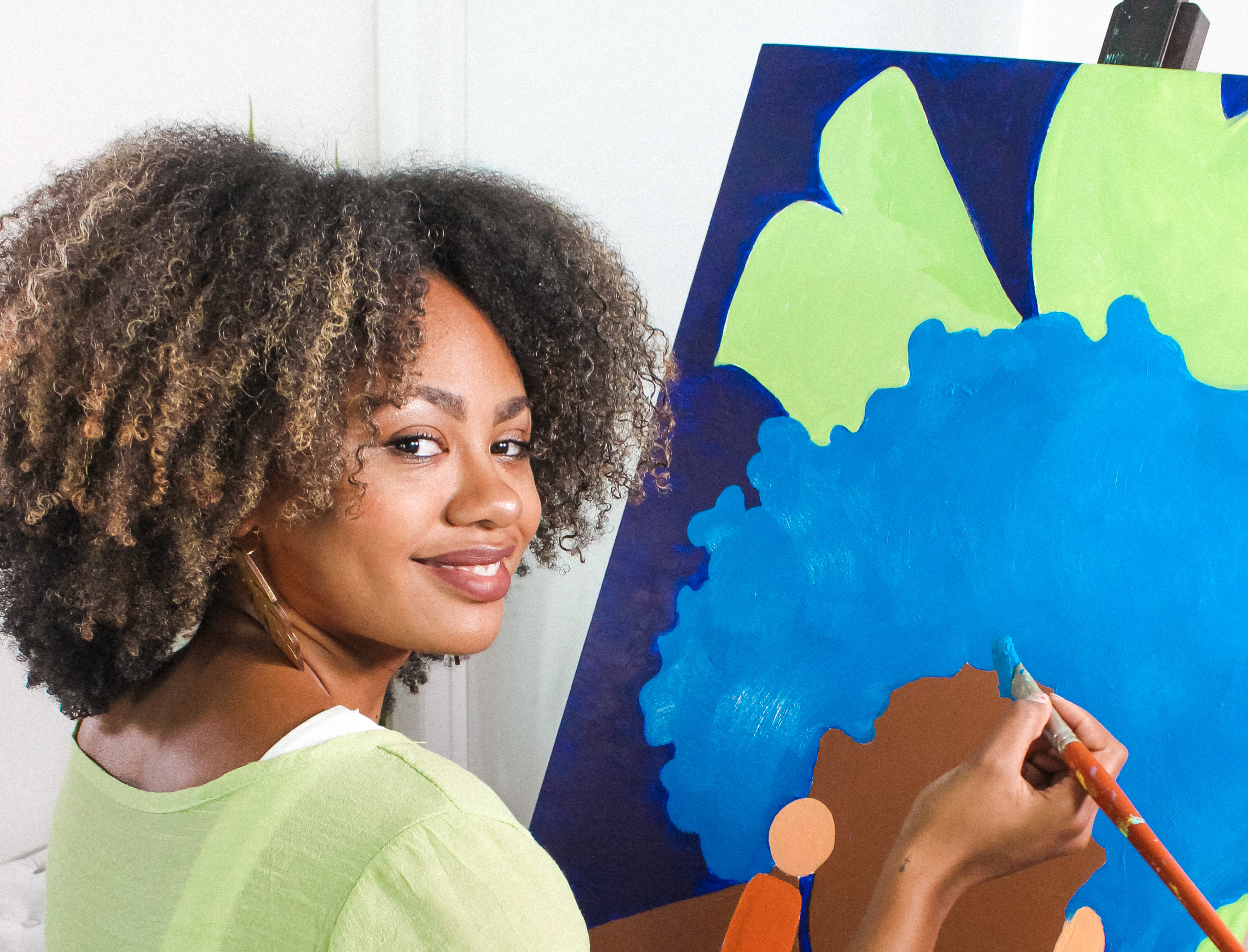 It’s been a busy day! Just rushed back from my parents’ house. They’re helping me fulfill orders right now.

I’m from Miami, FL and went through a lot of phases when deciding what career I wanted to pursue. I even considered Psychology and Marine Biology at one point! However, I grew up in an artistic household. My dad was a visual artist, graphic designer, embroiderer—you name it, he probably did it. Growing up and watching him bring his creative visions to life and having his own studio space was inspiring to me. I was always attracted to his independent lifestyle. So, eventually, I realized that I needed to find my own creative niche that I could build a career out of.

I’m the type of person who has always done everything at once. If you tell me I need to choose one path and stick to it, I’ll get annoyed and push back. My affinity for multitasking has actually been beneficial to me when I experience creative blocks. If my writing isn’t flowing, I’ll move on to painting and if painting isn’t it for me that day, I’ll learn a new skill and work on improving in that area. I’m not one to ever force things, I like to let them come to me as they will. 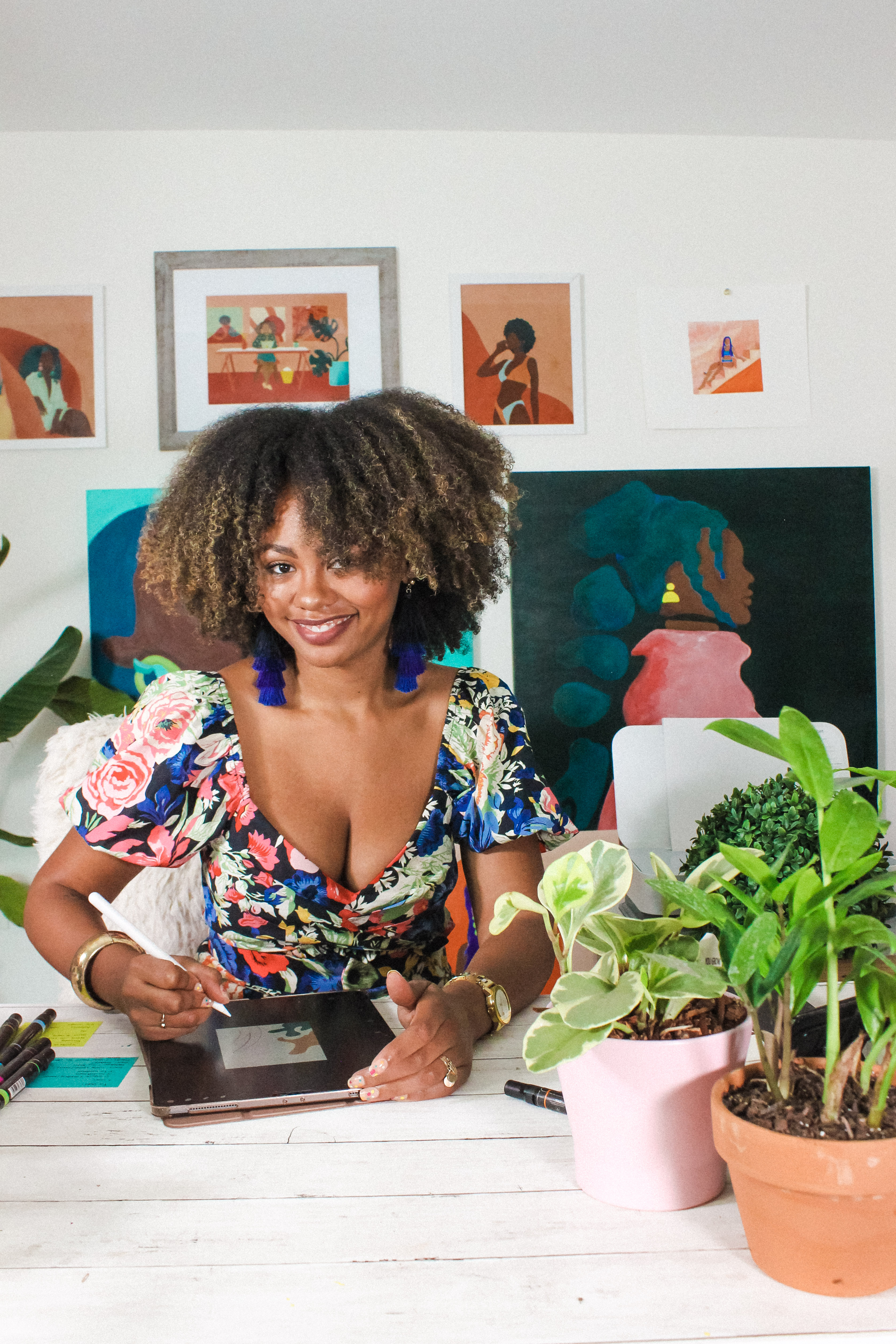 My career path reflects the way I move through this world, as it isn’t super linear. Before I was a visual artist and writer for a living, as I am now, I was an art teacher at a school in Miami. Before that, I had been studying Psychology in college and was substitute teaching throughout my studies as it offered such a flexible schedule that adapted to mine well. I was never planning on teaching full time, but a week before the school year started, the art teacher quit and I was asked to fill in temporarily, which turned into a full-time gig. I took the job more seriously than any other venture I had previously embarked on. I created my own curriculum and was super hands on.

So, I decided to leave and start doing everything that I had been telling the kids they could do themselves.

The school I worked at was a Title 1 and most of the kids came from migrant families, so it was important to me to show them how much they could do with art and how far it could take them. I’d bring in some of my friends to speak who worked in the arts field full-time and planned trips for the kids. I was also freelance designing at the time, so I led by example, too. It was a lot of fun and I felt good about what I was doing. Unfortunately, the school became really restrictive and was all about testing and punishment which left no room for creating and activities. So, I decided to leave and start doing everything that I had been telling the kids they could do themselves.

In addition to the visual art I create, I’m also an author! My first book was born out of the first mature relationship I had been in. I was writing poems to myself and as they developed, I learned much more about myself and what I needed to work on versus being about the guy I had been dating. My second book, which I wrote after I left my teaching job, was ten times as introspective as my first. Everything we say we want is a part of a journey into ourselves that we sometimes avoid, so my writing has shed light on my own internal struggles and has helped me to work through them and grow. 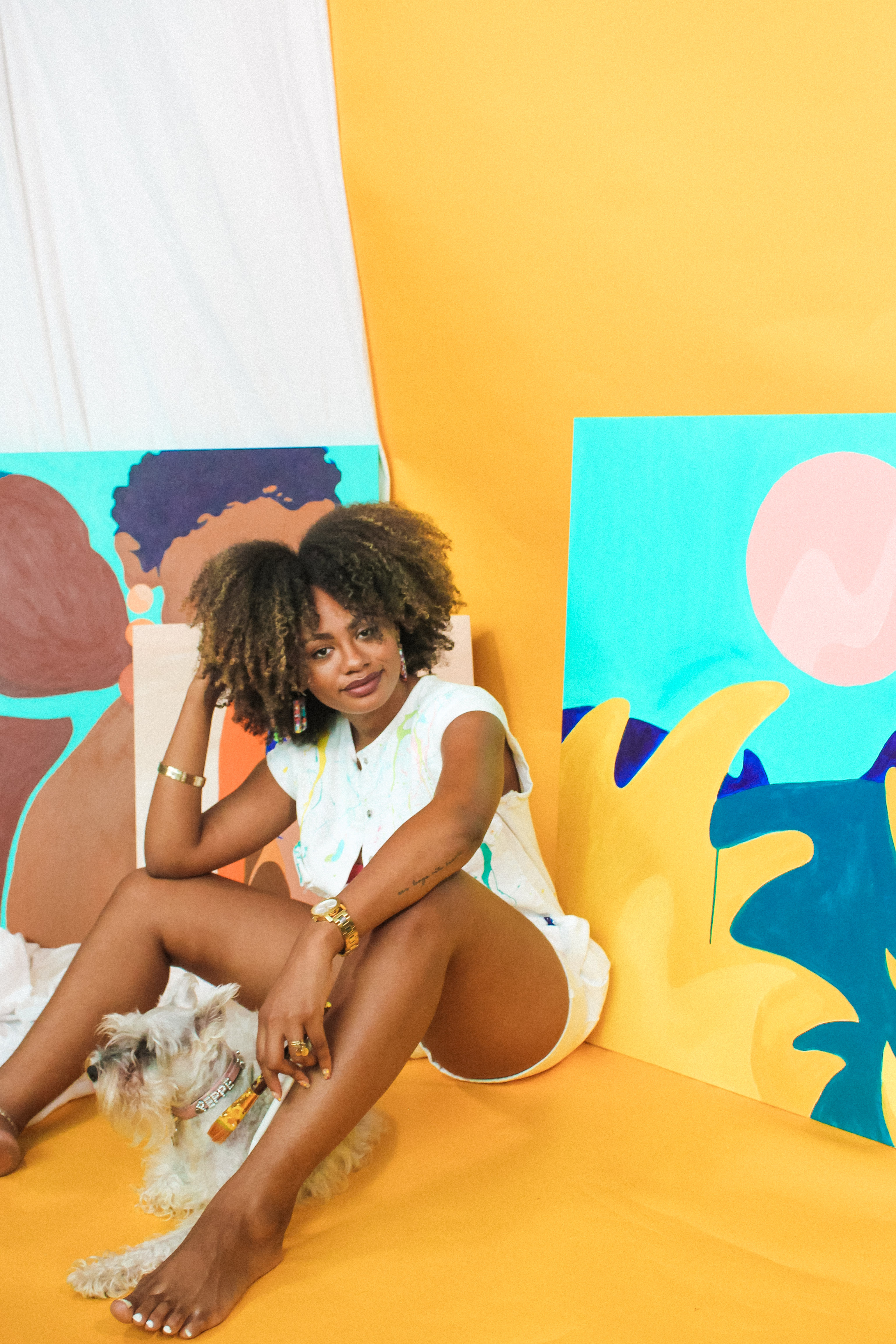 For me, being a woman of color in the arts field has been a positive experience, but I try not to let that define the industry as a whole. I feel like I’ve been embraced, supported, and amplified by the people who surround me. The more that we’ve all realized that our field is a community and we should work to uplift each other, the ecosystem has only improved and the energy keeps flowing.

For me, being a woman of color in the arts field has been a positive experience, but I try not to let that define the industry as a whole.

Over the years within the arts field, I think racial representation has improved. Like I said, it’s a community; like a little web. I’m always inspired seeing women take on big projects with big clients and observing the ways in which they use their art and create. It’s all expanded my mind, which I make a point to expose my audience to. Similar to when I was teaching—I didn’t create my students’ skills, but did encourage and set an example for what was possible for them.

I recently used my own art to spread awareness and speak on Black Lives Matter. I stayed away from perpetuating the images of police brutality and instead decided to show Black people in a positive light. It’s super important to me to balance awareness with joy. It seems as if it takes non-Black people seeing those images to grasp the severity of the situation, but I also think it reinforces the idea that we are not all of the same humanity.

I always want to fill the world with encouragement and make people feel good so that they have enough energy to fight the fight.

When the music video for This is America came out, while a lot of people thought it to be profound, I was pissed off. To me, it was trauma porn and didn’t bring us any solutions. It wasn’t progressive. I think being progressive is Black Panther having representation of a young, Black girl in the STEM field. That allows someone to watch the film and grow up knowing that there’s a different route to take. So often the Black community has been put in a box and told that the only way to make it is through music or sports. Then, if you don’t, you’re going to die at the hands of law enforcement. It all sounds pretty hopeless—if you’re talented, you’re lucky and if you’re not then that’s it for you. I always want to fill the world with encouragement and make people feel good so that they have enough energy to fight the fight. 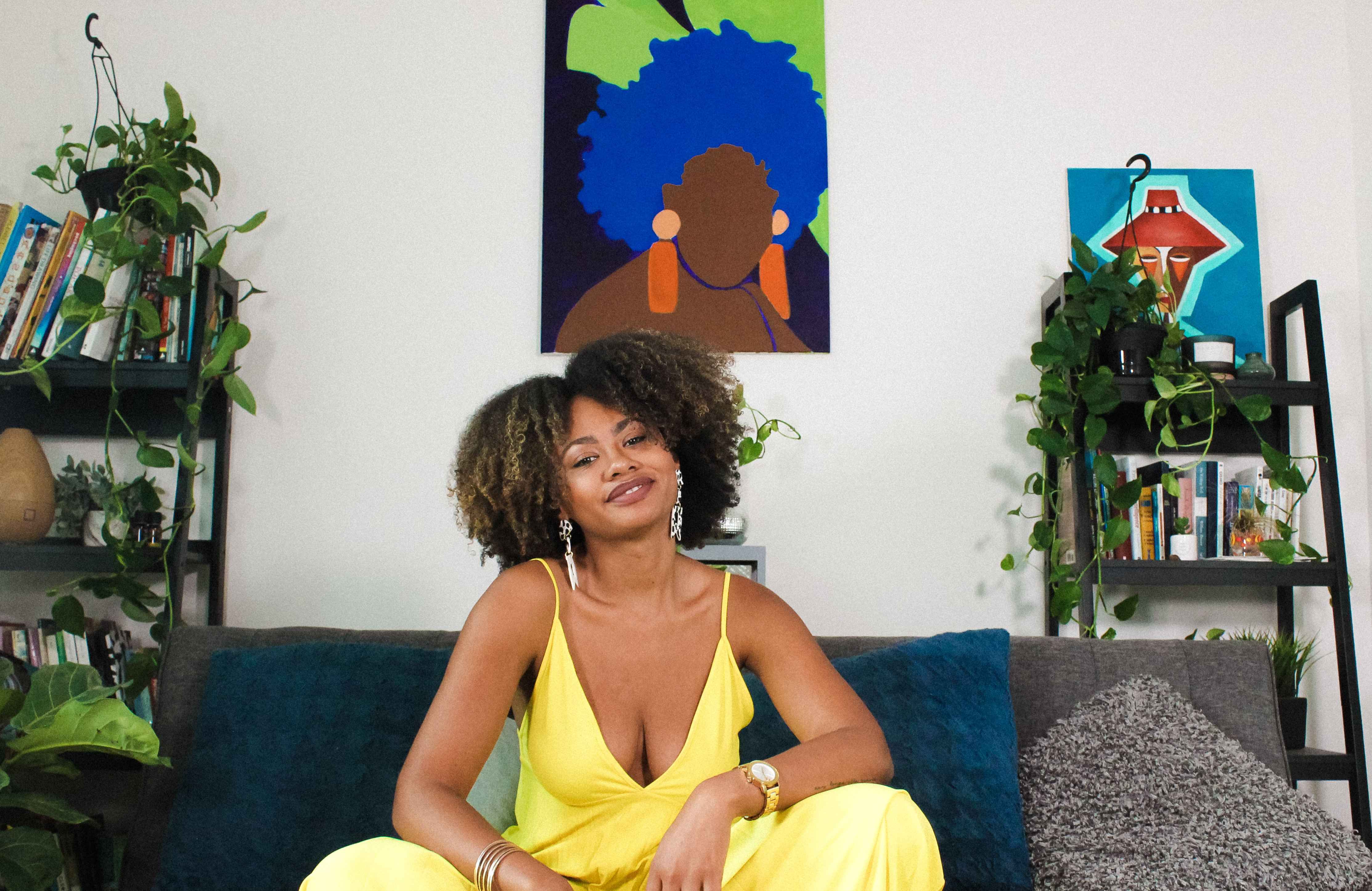 Growing up, even as a minority who is Afro-Latina, I felt privileged. My parents are married and they’ve always loved and supported me. So, my home life was always pretty comfortable and secure. I’ve realized that the optimism that I’ve always been surrounded by has afforded me the ability to see the best in the world, so I make it a point to channel my joy into my art and content. I used to feel really guilty about my privilege and had to step back and understand that that in itself is my purpose—to understand the value of joy and what that stability has afforded me. It allowed me to imagine and dream. We don’t notice it sometimes, but that’s a luxury in itself. I wasn’t fighting for survival at a young age, I was dreaming. There’s a lot of people in the world that don’t have that opportunity. So, with my privilege, I’m trying to help people understand the value of joy and finding happiness wherever they are in their journey. That positive energy is ultimately what’s going to propel you through life and keep you going.