Home > From Prose > At Length Original: Suspension of Belief 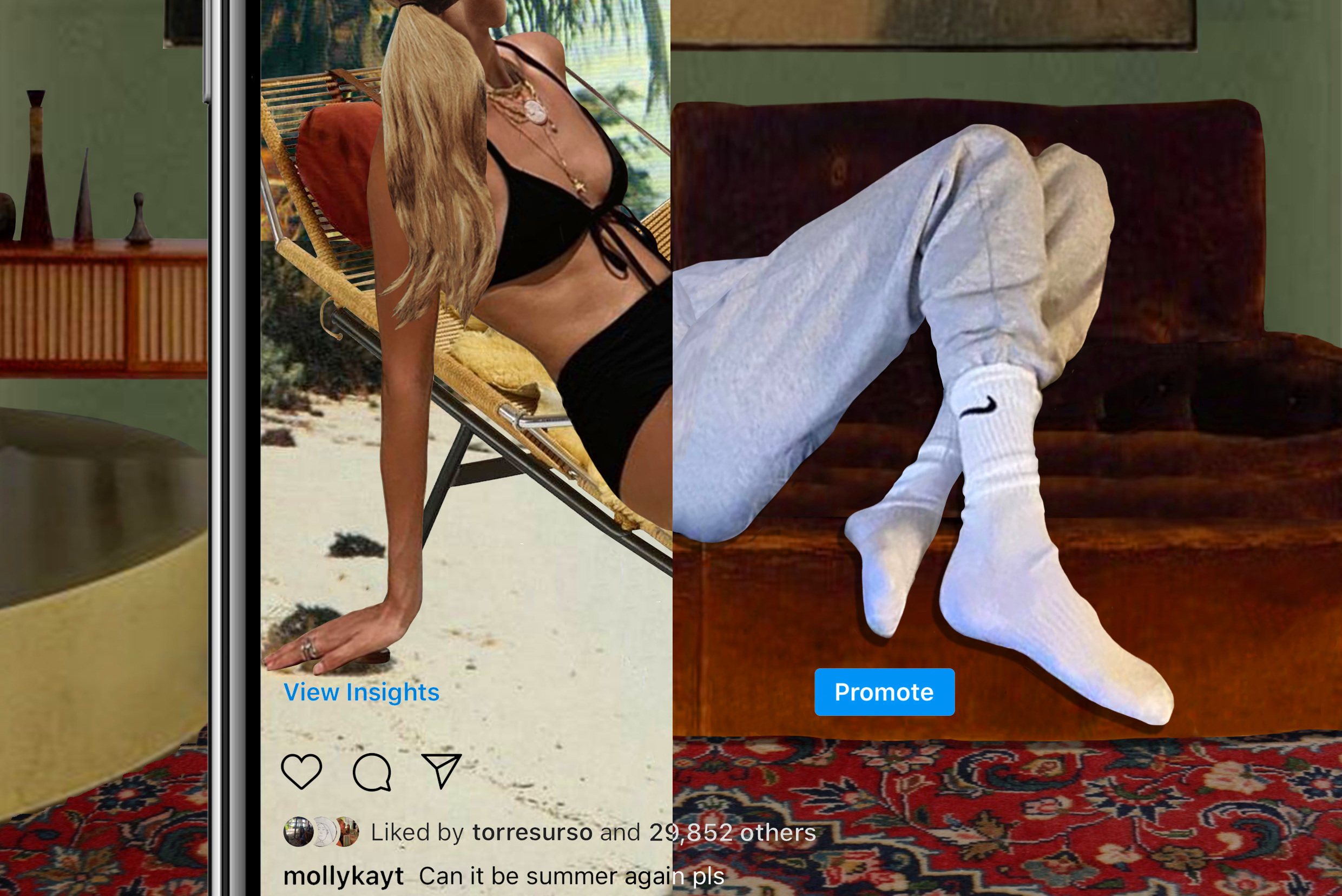 At Length Original: Suspension of Belief

This feature originally appeared in Issue 3: Fantasy of our print magazine At Length.

The first social media profile I created for myself was on Myspace, which I joined when I was in my early 20s. I was often self-conscious in real life at the time, but when it came to posting photos online, I was strangely unencumbered. I certainly didn’t feel the way I do about posting on social media now—like I’m throwing something into an incomprehensible void that could disregard it or could jettison it back at me, with 25-fold-force, combined with appreciation or derision or some combination of the two. Almost twenty years and four social media accounts later, I have become less self-conscious in my offline life, but uncomfortable to the point of paralysis online. Needless to say, this does not make for great content.

In the skeleton of my MySpace profile that remains, there are only four photos, two of which, for some reason, show the same image, in which I’m with some friends, playing with a foosball table we found on the street. But even when the profile was more extensive, it only highlighted a certain side of my life. I had a clear idea of how I wanted to seen, though I wasn’t so concerned with my life seeming a certain way as being that way. And this had actually been shaped, in a circular way, by a group of loosely interconnected people whose lives were often documented by a few photo blogs I’d started following around then. I’d come across them in one of my early experiences with an online activity I’d ultimately engage in enough that it could almost be described as a pastime—following connections, one person to another, on a kind of Internet walk-about that sometimes led to a dead end but occasionally dropped me into a fully-fleshed out world. They were my age, but wilder, more beautiful, more connected, more successful and also, it seemed, less concerned with any of this in the first place. 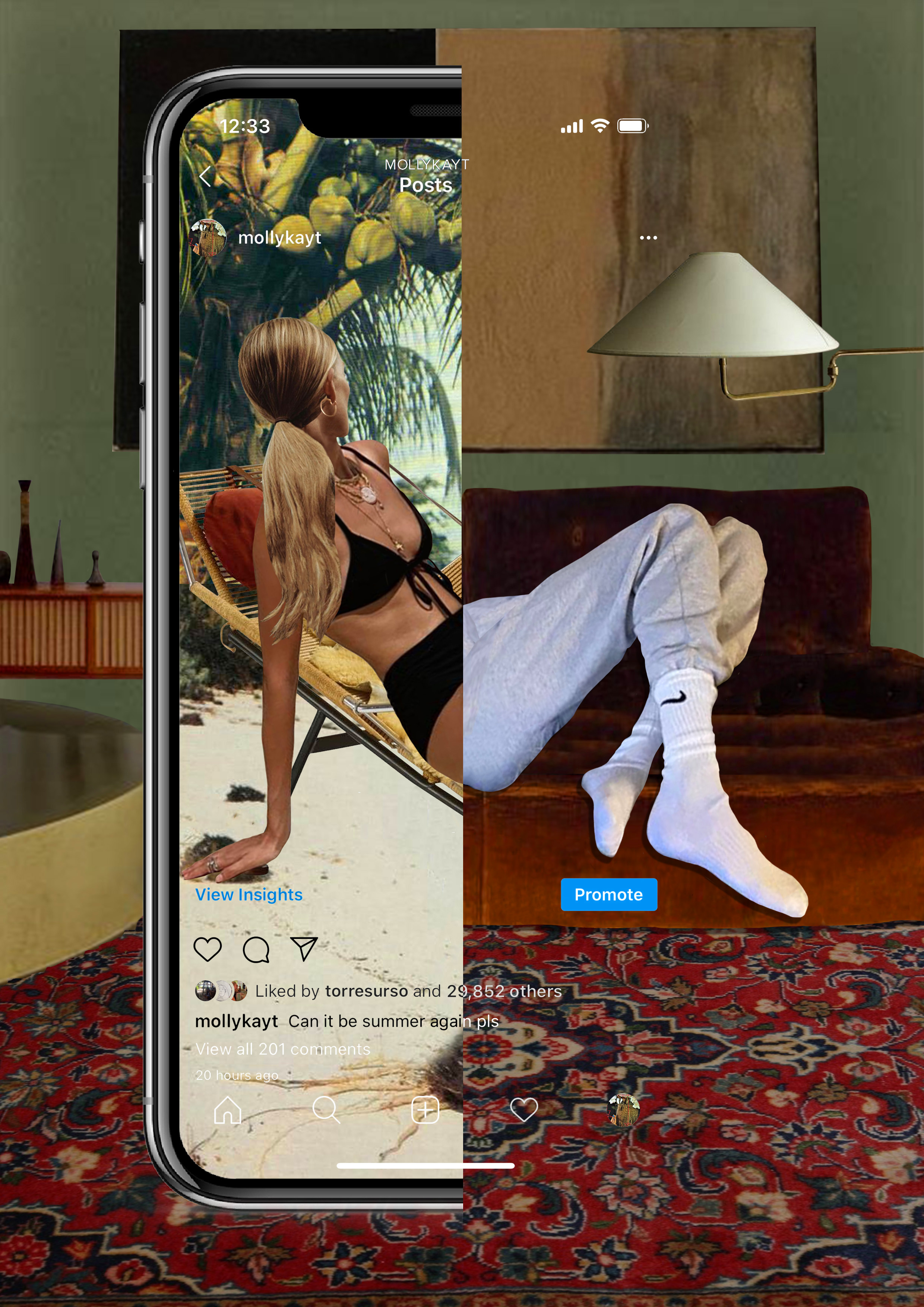 They lived, invariably, in either New York or Los Angeles which is part of why I spent the summer I was 26 living in LA and why, afterward, I wanted to move back to New York, though I ended up living in Western Massachusetts instead. The photos prompted in me an antsy feeling, a sort of itchy envy, like there was a spinning world that was out of reach but not entirely inaccessible, and if I could only get to the right bar in the right city on the right night, I’d suddenly be caught up with it too, spinning just as fast. It never occurred to me that the lives I saw those people living online might diverge in any substantial way from the lives they were actually living, and I still doubt they really did. The photos were too candid, and not in the staged candid way of current day social media. The quality of the images was not great. They could be unflattering. People were often sweaty. Sometimes they looked more awkward than they ever would in real life. I am not suggesting, by the way, that life was simpler or less complicated back then. Just that the Internet was.

Eventually I lost interest in MySpace, trading it in for Facebook. And eventually I lost interest in Facebook too, especially after the algorithm seemed to decide I would be most interested in the goings-on of people whose slightly older faces I didn’t even recognize when they passed by in my feed. By then, anyway, I didn’t need Facebook because I had Instagram, the platform that manages to most directly hook into the lizard part of my brain that can’t be touched by conscious thought. It makes me want to leap from my life straight into someone else’s, just like I did back in my early 20s, though the people I feel this way about are no longer untethered and partying too much. Instead, they are skilled but effortless cooks, parents who don’t struggle with getting distracted, women with wide constellations of deep friendships, and people who live in aesthetic homes with comfortable couches covered in perfectly mismatched patterned pillows. I feel this way even as I know that almost no one’s online life offers a full picture of who they are. I recently started following the Instagram of the guy at the coffeeshop I go to every morning, for example, and discovered that while he’s reserved and self-effacing at work, on Instagram he lifts a shot glass sultrily to the camera on New Years Eve and poses, one hip jutting out, in front of a temple during a trip he recently took with his boyfriend to Thailand. We have spoken, five mornings a week, for at least a year, and I never would have imagined this side of him. Though maybe what we put on Instagram expresses not so much just a side of who we are but something about how we’d like to be seen. In which case, I think the unfortunate truth would be that my Instagram, where I post rarely and reservedly, reveals something that I wouldn’t want anyone to notice about me, which is that I remain more self-conscious about how I’m perceived than I’d wish and still, almost twenty years later, spend too much time calibrating myself in relation to the people around me.

I think about getting off Instagram all together, though I haven’t. Instead, I lurk, feeling like all I’m doing is cycling through fantasies. But I’m also not sure why that would necessarily be a problem. I recently went to a wedding of two old friends and, listening to the toasts, was struck by how such events so often demand that we suspend momentarily what we all actually know about the impossibilities of perfect love. When I said something to this effect to my husband later, though, he told me he didn’t see it that way—it wasn’t so much about fantasies as about ideals, he thought, and ideals can be useful. They remind us what we hope for, and what we want. They can orient us. So maybe Instagram has the capacity to do this, too: offer a road map to what I want. Or maybe something about the way it functions, the insatiability of it all, makes it more likely to leave us feeling inadequate than anything else. One request by the bride and groom at the wedding seems relevant to note. They asked that no photos of the event be posted on social media. 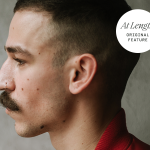 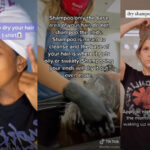 Do These TikTok Hair Hacks Actually Work? Hairstylists Weigh In