Here’s the thing about pink hair: saying it’s trending almost feels wrong. Pink hair has been in vogue for so long that the fact its popularity is still rising is almost hard to believe. According to Alex Brownsell, co-founder of Bleach, his pink hair products sales have increased 50% since 2019. Let’s investigate.

Knowledge of pink hair dates all the way back to 17th and 18th century wigs, where women of high stature used pink powder to color their updos. In modern times, pink hair was ushered before the western eye by Bridget Bardot when she rocked a pink do in her movie, Two Weeks in September, in 1967. Her chosen hue was soft and sultry, which embodies one of pink’s most alluring strengths: its subtle femininity that makes all kinds of statements without being too loud.

That being said, pink is for rebels, too. Kurt Cobain and countless other rockers have tried pink hair throughout music history. Fashion has had its fair share of pink hair as well. We all remember that iconic Versace show in 1999 when one iconic model strutted down the runway in hot pink hair, and all the amazing photographs that followed.

Described as a “gateway color,” pink hair is the color that new dye adventurers turn to. It’s not hard to remove, fades nicely, and because it acts as a neutral of sorts it matches more outfits than, let’s say, green or blue. As seen on everyone from British royalty to counter culture musicians and everything in between, it’s not far-fetched to say that it’s pink’s cultural range and practical versatility that has made it so long lasting. Heck, even men have jumped on the trend.

For whatever reason, pink hair has never stopped growing on us. So much so that some people are now calling it their natural color. Associated with femininity and beauty, maybe the reason pink has stuck around is simpler than we thought. It’s a happy and comforting color, even on punk rockers.

2021 Fall Hair Trends That Are Low Effort but High Impact

Lee Phillips is a freelance New York based storyteller across mediums. With a BFA in writing from The New School, Phillips uses language to convey her personal truths and imagine new worlds in fiction, poetry, screen writing and non-fiction. Her non-fiction can be found in office Magazine, CryBaby Zine, Period Space, Chanel Void, Editorial Magazine, 10011 Magazine and includes editorial work for brands. Her creative writing is published in Unvaeled Journal, Rookie Magazine, and her poetry book, “Nowhere Words,”  published in September of 2020.  In all of her work, she believes in creating content that engages viewers through shared experience and authentic narratives, rather than elitism or insecurity. Follow her instagram @c.har.lee for more. 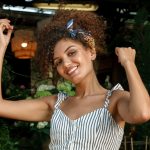 Vacation Hairstyles & Tips for Saving You Time on Your Trip 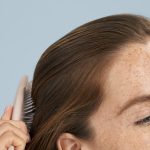 A Dermatologist on Why Haircare is Skincare