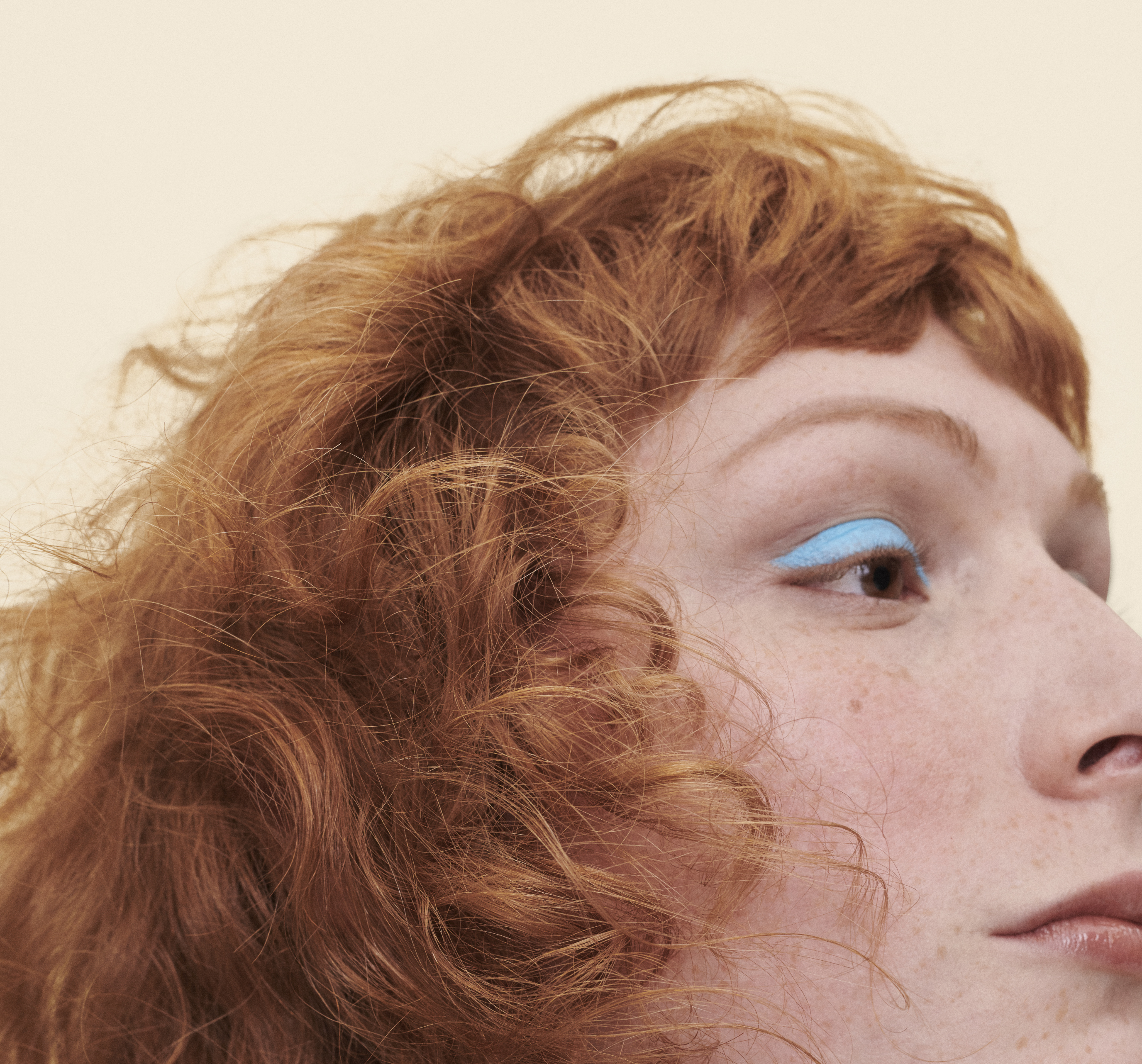 For this five-part series, we take a closer look at the long and short of five universal tenets of hair maintenance, from dyeing to braiding. In this mini history lesson, we dig up the time capsule of history’s most iconic hairstyles.

“Pay attention to your hair, because everyone else will.” These immortal words were spoken not by feather-haired Farrah Fawcett, softly tousled Rachel Green, queen of curls Diana Ross, or even tower-headed Marie Antoinette. Instead, this quote comes to us from an entirely different kind of style icon: former First Lady Hillary Rodham Clinton. The future Secretary of State and Democratic presidential candidate tossed this into her 2001 commencement address at Yale, to a room full of political, law, and investment banking hopefuls who likely spent more time with their eyes glued to their books than to their mirrors. But as tongue-in-cheek as her comments were, there’s more than a kernel of truth to them, especially for women—no matter how accomplished and powerful a woman is, her hair (and her clothing, and her decorum) will always be closely scrutinized. The truth is, haircuts and styles communicate quite a bit about us as people, and our hair has an enormous amount of personal, political, and cultural meaning.

Whether it’s an updo for prom (am I the only one who always found the term “updo” really embarrassing?) or the long-haired hippie look, we use our hairstyles to communicate something about our identities, our social rank, or our cultural or religious affiliation. During the European Renaissance period, upper-class women would pluck back their hairlines to give the appearance of a higher forehead; in the 1920s, women cut their hair into short bobs to assert their burgeoning independence. Hairstyles are highly adaptive and subject to trends—many of us adopt hairstyles just to blend in with the crowd (like me getting aggressively angled side bangs in 7th grade) while others of us style our hair in a way that makes us stand out. Here, we take a closer look at the history of five hairstyles that have taken hold around the globe.

The afro has lived many lives. Before it became a staple of disco fever, it began as a stylistic symbol with immense political significance, especially in the United States where it achieved peak popularity during the Civil Rights Era of the 1960s and 70s. Various Black activists and social leaders including Angela Davis and Huey P. Newton began to publicly wear their natural hair in afros—a direct message of defiance against oppressive white/European beauty standards and a culture that has historically described natural Black hair in such unflattering terms as “nappy” and “unruly.” The widespread celebration of natural hair and afro styling was an extension of the Black Power Movement known as the Black Is Beautiful Movement. As this Ebony article, which charts the history of the ‘fro, puts it: “With celebrities such as Questlove, Colin Kaepernick, Erykah Badu, Maxwell, Lenny Kravitz, Lauryn Hill and the late Prince rocking the Afro in more recent years, there’s no denying the Afro is officially back in style and it’s blacker than ever.”

Remember that controversy from 2015 when a host from Fashion Police said that Zendaya’s gorgeous dreadlocks make her look like she “smells like patchouli oil. Or, weed”? As with many traditionally Black hairstyles in the U.S., there are layers of cultural shaming and whitewashing that need to be peeled back when we look into the history of dreadlocks. First, what are dreads exactly? Locs are formed when sections of hair are essentially left unattended for long periods of time—no combing, brushing, or handling. But that doesn’t necessarily make them “dirty.” Dreadlock myth-busting 101: You are actually supposed to wash dreadlocks regularly. Okay, so where did they originate? The first records of dreadlocks date back to India’s Vedic scriptures—texts from 2500 BCE that describe “jaTaa” or a “twisted lock of hair,” according to Dr. Bert Ashe, author of Twisted: My Dreadlock Chronicles.

In 2017, celebrity stylist Lavette Slater discussed the religious and cultural significance of dreadlocks with Refinery29: “People from different faiths look at their hair to be holy and as a form of strength and power,” Slater said to R29. “To not comb your hair, to some, is a disregard of vanity and things of the world.” R29 also points out that, according to Rastafarian systems of belief, “knotted hair prevents energy from escaping through the top of the head and hair, allowing it to remain in the body and aid in the strength of mind, body, and spirit.” Cultural figures like musician Bob Marley and artist Jean-Michel Basquiat rocked locks in the 60s and 70s, but it wasn’t until the 1980s that dreadlocks entered the mainstream thanks to actress Whoopi Goldberg, who donned the look in 1985. As for more recent history, dreads have been a central focus of the national conversation about cultural appropriation (maybe the “white guy with dreads” trope is ringing some bells for you?), as white America comes to terms with the uncomfortable truth that cultural practices and traditions of marginalized groups have long been exploited by dominant groups.

There’s so much variety in the world of bangs. You’ve got your classic Zooey Deschanel bangs, which sweetly graze a pair of long, feminine lashes. You’ve got your heavily memed “baby bangs,” (not to be confused with bangs for literal babies, which are also definitely a thing). You’ve got your Aaliyah side bangs, which wholly obscure one’s right or left eye. You’ve got bangs that aren’t even really bangs but are actually a FRINGE, in the UK. Bangs are controversial. But no matter which side of the great bang divide you fall on, the history remains captivating. What compelled us to start playing with this chunk of stylish front hair? No one knows for sure, but the first evidence of bangs dates back to wigs from Ancient Egypt—though apparently Cleopatra’s blunt bang was a total myth perpetuated by the 1934 film Cleopatra, starring Claudette Colbert. Outside of Egypt, legend has it that musician Ziryab popularized bangs in Medieval Spain over 1,000 years ago. The term itself comes from “bangtail”—which describes the style of a horsetail that has been cut “horizontally so it has a flat, tassel-like end,” according to Paramount Beauty. In the U.S., bangs officially hit the big time in the 1920s alongside the bob, capturing the hearts and foreheads of flappers everywhere.

Close your eyes and imagine a mohawk. Spiky. Perhaps tall. Perhaps dyed any number of neon hues. Perhaps adorning the head of a heavily pierced and tattooed leather-jacket-bound youth. While there’s a chance that maybe you’re picturing the infamous “fauxhawk” popularized by David Beckham in the early aughts, the truth is that, today, the mohawk hairstyle is synonymous with punk rockers and grunge. But the look itself has been replicated by several social groups—and doesn’t come from where you’d think it would. First of all, the mohawk is really old. In 2003, a team of excavators recovered a 2300-year-old body from a bog near Dublin that was rocking a ‘hawk held in place by primitive hair gel made from oil and pine resin. How’s that for remarkable party trivia?

In the U.S., the mohawk as we know it presumably got its name from the Mohawk people, an indigenous tribe that originally lived in upstate New York’s Mohawk Valley. But the hairstyle was actually sported not by the Mohawks, but by the Pawnee, a tribe that inhabited what is now Nebraska and northern Kansas. According to Mel Magazine, the misnomer was perpetuated by Drums Along the Mohawk, a blockbuster film that came out in 1939. The intimidating look was later appropriated for battle, worn by several U.S. paratroopers in WWII and Vietnam, before it hit the mainstream with figures like Mr. T, who could be seen sporting the spikes on The A-Team. He has said that his mohawk is inspired by the Mandinke warriors of Mali who fashion their hair in a similar manner. As for the punks, London was the epicenter of the music craze in the 80s and 90s, and Blink-182’s Travis Barker was an iconic adopter on this side of the pond.

These extra-shiny curls were all the rage in the 1970s and 80s, and were sported by everyone from Michael Jackson in Thriller to Samuel L. Jackson in Pulp Fiction. Named after Jheri Redding, a white man who invented the two-step permanent process for “ethnic hair,” the Jheri Curl was made accessible to the masses thanks to Comer Cottrell, a Black man from Alabama who founded a hair care company called Pro-Line Corp. Cottrell moved to Los Angeles with his brother, James, after the Korean War. According to an NPR article published after Cottrell’s death in 2014, it was there that the two brothers started Pro-Line “with $600 and a broken typewriter.” “After developing a spray-on oil to make Afros sparkle, he eventually created the home version of the Jheri Curl, which he called the Curly Kit,” according to the article. It is estimated that as many as one in four Black Americans adopted the Jheri Curl during this time period. According to Fashion Bomb Daily, “Washing the hair cleansed it of the styling products but also exposed the damage done to the hair by the chemical process. Also, as the hair grew out, the wearer would be forced to return to the hair salon for a touch-up, further adding to the overall expense. The hairstyle went out of fashion by the mid 1980’s and was replaced in part with the hi-top fade haircut.”

If the history of hair styling teaches us anything, it’s that trends may come and go, but good style is forever.